Karma Automotive has announced an expansion to its Revero series with the GTE all-electric model. Visually similar to the beautiful Revero, Revero GTS and GT, the GTE will be the fourth model in the series. It features the company’s new E-Flex Platform and battery technology.

Karma Automotive is using the GTE to showcase the versatility of its new E-Flex Platform. Already shown in a commercial van concept, the E-Flex Platform is scalable; hence the Revero GTE. The car will also feature Karma’s New Battery Technology, utilizing a unique nickel manganese cobalt (NMC) lithium-ion battery pack ranging from 75 kWh to 100 kWh in the standard models. Battery size for the 400-mile option has not been announced, but should be in the 140 kWh area.
Click to expand... 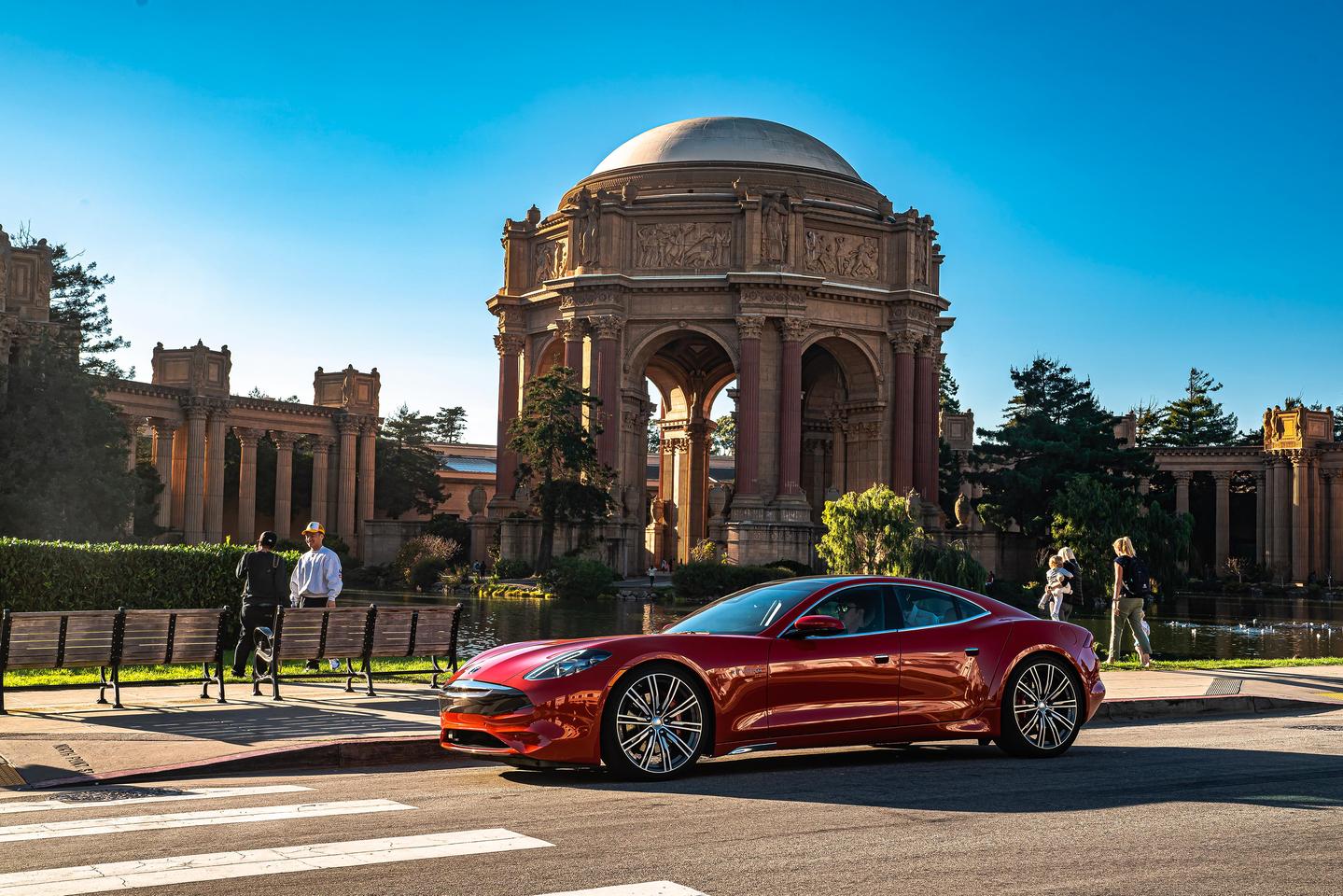 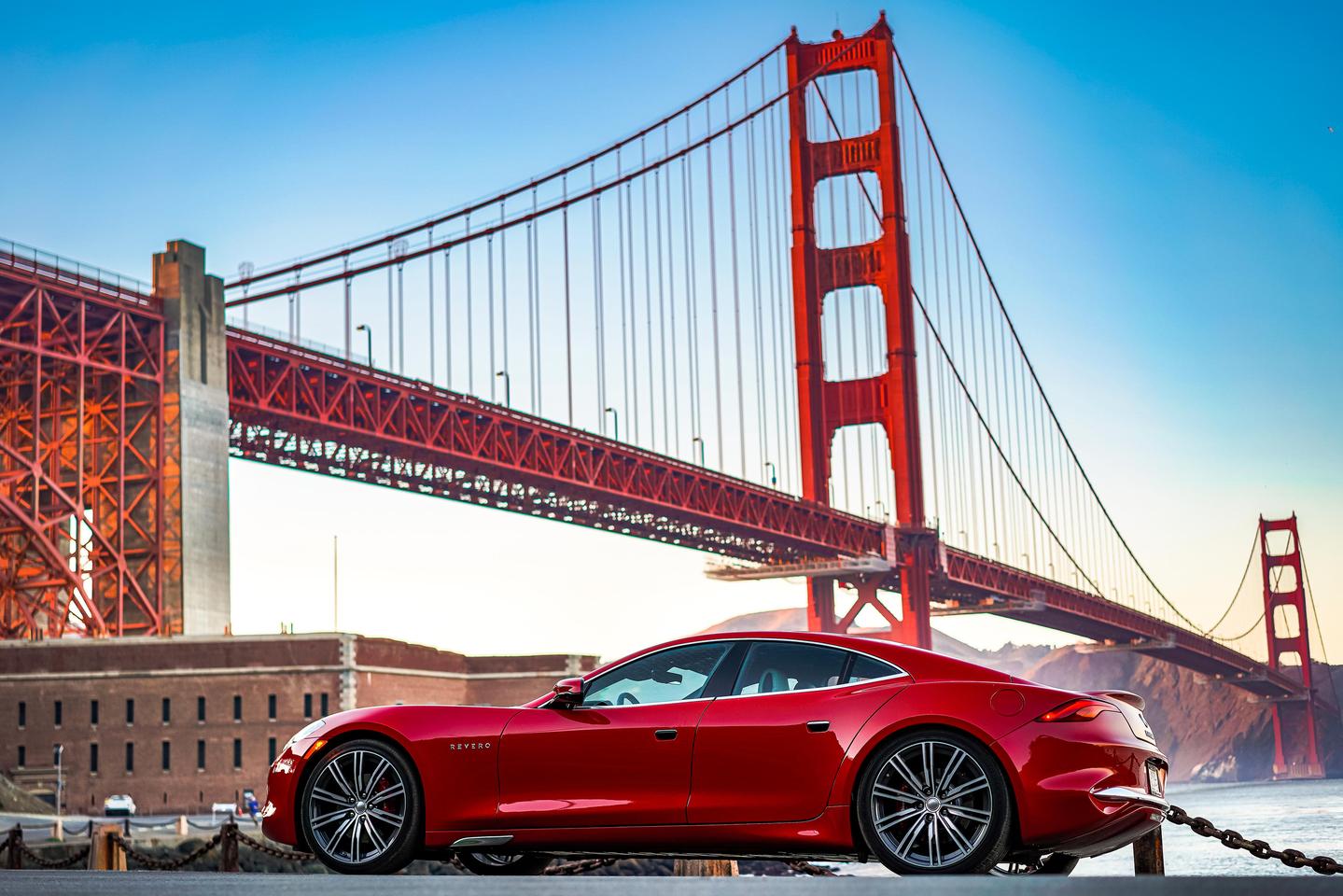 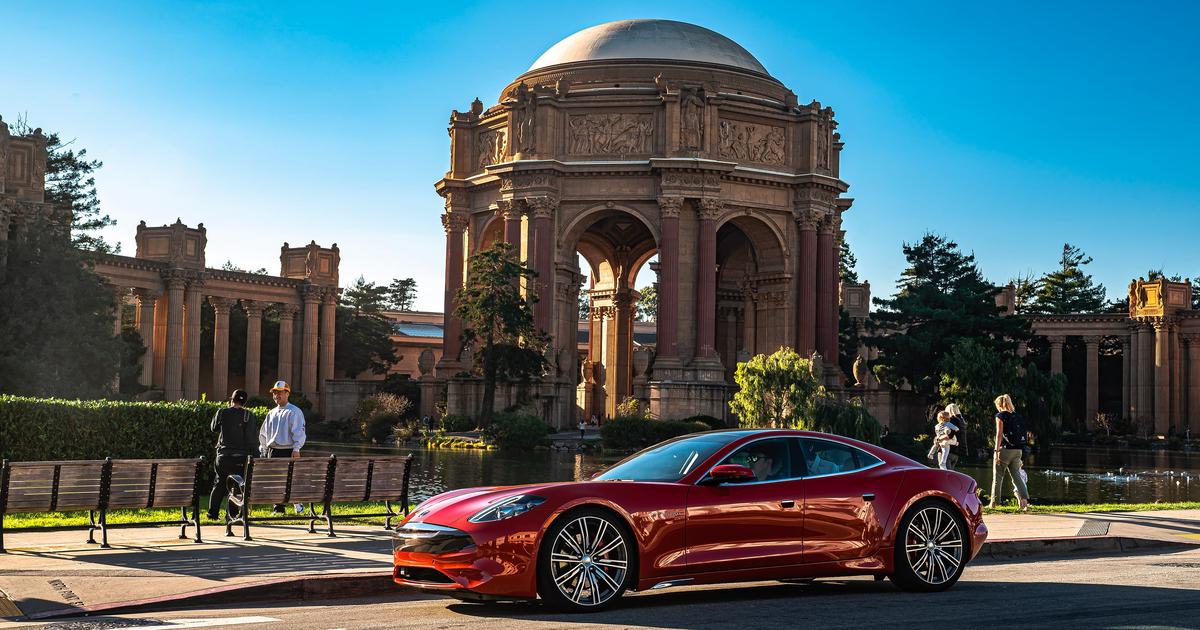 Karma Automotive has announced an expansion to its Revero series with the GTE all-electric model. Visually similar to the beautiful Revero, Revero GTS and GT, the GTE will be the fourth model in the series. It features the company’s new E-Flex Platform and battery technology.

Pity it's made by the USA.

Urban life presents particular challenges. When it comes to driving, it's an environment where motorists increasingly appreciate the robust, high-riding qualities of an SUV, but on a scale tailored to suit urban streets and with a genuine emphasis on environmental performance.

At the same time, drivers want a vehicle that's distinctive and stylish, and which has all the flexibility they need for an active lifestyle.

These are exactly the qualities Toyota has instilled in the all-new Toyota Yaris Cross.

The new Toyota Yaris Cross has been designed and developed for Europe, specifically to meet the requirements and preferences of the region's B-SUV market. It will be made in Europe too, at Toyota Motor Manufacturing France (TMMF), alongside the new generation Yaris hatchback, from 2021.

Toyota's world leadership in hybrid vehicle technology includes the first use of a hybrid system in a B-segment car with the original Yaris Hybrid in 2012. The unmatched experience it has gained ensures that Toyota Yaris Cross's new fourth generation hybrid powertrain delivers exceptional performance and efficiency.

As a member of the Yaris family, Yaris Cross is constructed on Toyota's new GA-B compact car platform. It also shares the "big-small" design and packaging concept that characterised the original Yaris, and presents a roomy interior within compact exterior dimensions.
Click to expand...

Previewing a near-soundless paradigm for drag racing, Ford presents an all-electric version of its Mustang Cobra Jet dragster. The high-powered one-off will bring 1,400 hp to the drag strip later this year, with Ford estimating a low-eight-second quarter-mile, bettering the 2018 supercharged V8 50th Anniversary Cobra Jet in the race to become the quickest drag-racing Mustang ever.

A legend of gasoline muscle, the Mustang nameplate is fast becoming inseparable from electric powertrain technology. The Cobra Jet 1400 follows the Mustang Mach-E crossover and Mustang Lithium SEMA car in wiring the Mustang badge up with powerful batteries. 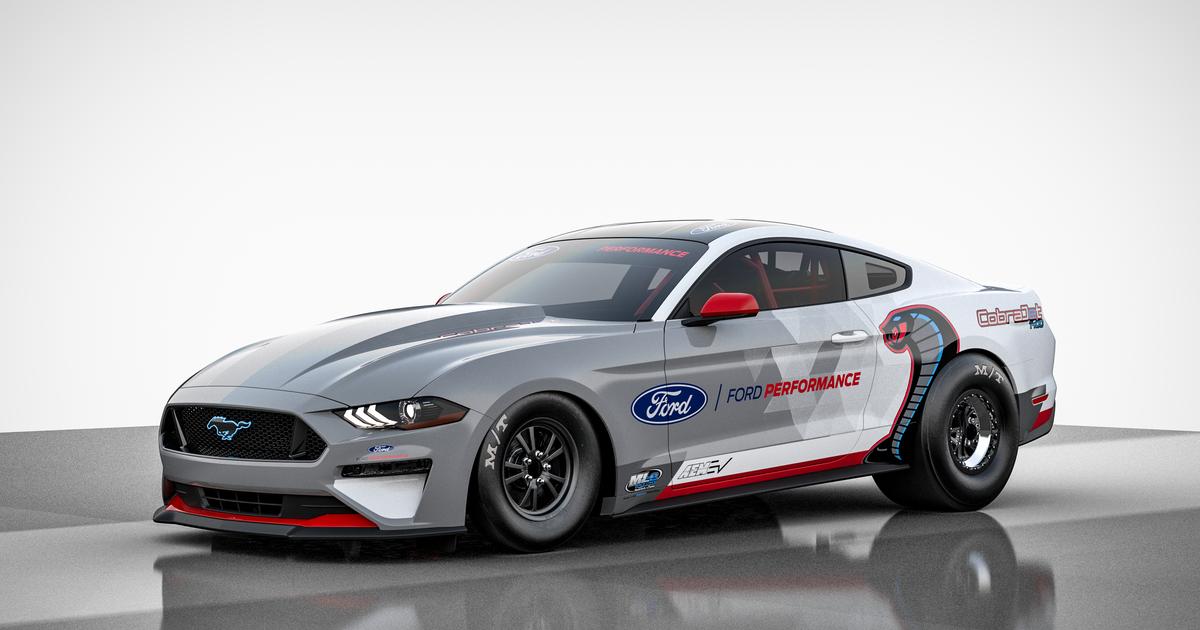 Previewing a near-soundless paradigm for drag racing, Ford presents an all-electric version of its Mustang Cobra Jet dragster. The high-powered one-off will bring 1,400 hp to the drag strip later this year, with Ford estimating a low-eight-second quarter-mile, bettering the 2018 supercharged V8… 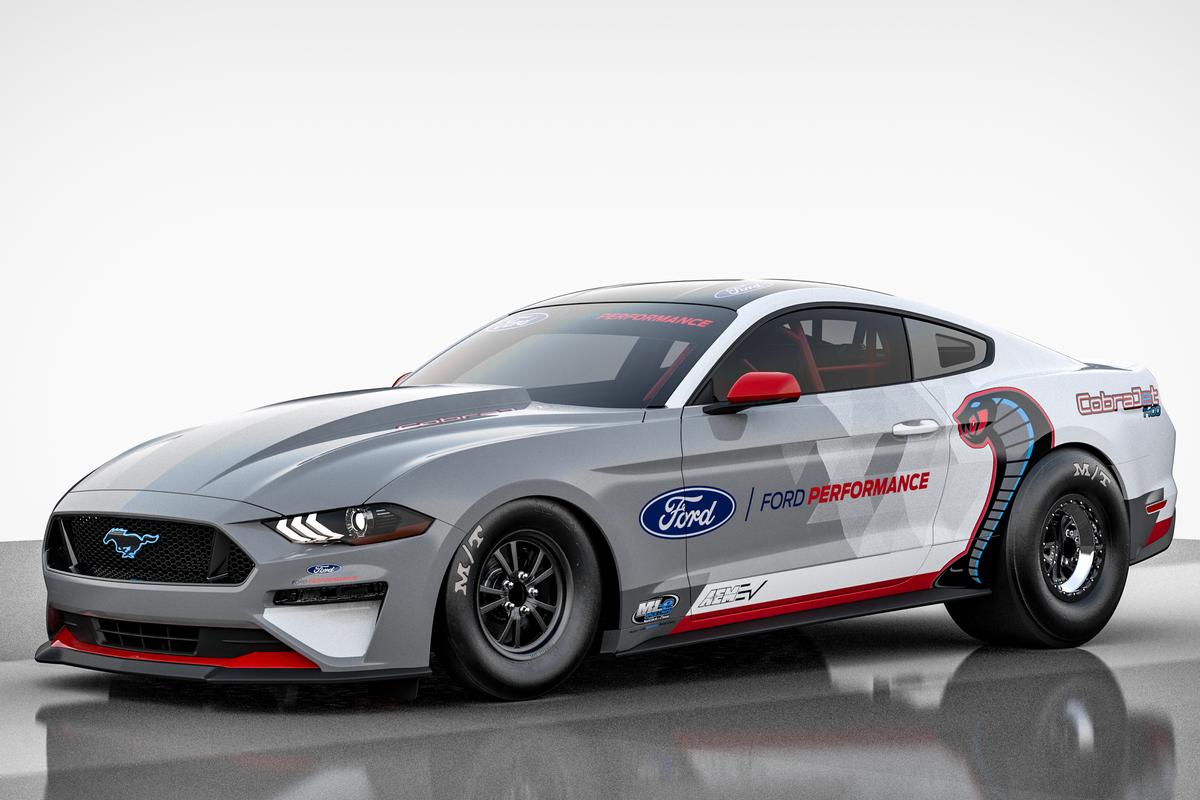 Previewing a near-soundless paradigm for drag racing, Ford presents an all-electric version of its Mustang Cobra Jet dragster. The high-powered one-off will bring 1,400 hp to the drag strip later this year, with Ford estimating a low-eight-second quarter-mile, bettering the 2018 supercharged V8…

and probably a 30km range on a charge?

The new Mercedes-Benz GLA, the eighth model to join the line-up, rounds off the current compact car generation from Mercedes-Benz. At the same time it represents the entry level into the brand's successful family of SUV models. The character has been significantly reinforced here compared with the previous model: the height of the new GLA, at 1611 millimetres (1616 with roof rails), exceeds that of its predecessor by more than ten centimetres. The correspondingly higher and characteristic SUV seating position also comes with more headroom in the first row. Legroom in the rear is likewise much more generous - even though the GLA is now one and a half centimetres shorter. Typical off-road design features include the upright front section, short overhangs at the front and rear, and protective cladding all round. 4MATIC models feature the Off-Road Engineering Package as standard. This comprises an additional driving program, a downhill driving assist function and an off-road animation in the media display, along with, in combination with MULTIBEAM LED headlamps, a special light function for off-road driving.
Click to expand...

The Volkswagen Golf GTi TCR is on its way!

Starting manufacture in the Wolfsburg plant during the first week of June 2020, 300 units have been ordered for South Africa and should begin arriving in late July.

The global pandemic has put something of a damper on production and delivery of the full allotment of TCR vehicles may not arrive.

This is going to drive up demand for this special edition, much like we saw with the ClubSport model. The TCR is also the last of the Golf models we will see produced before new production begins in 2021 on the in-coming Golf 8.
Click to expand...

The Volkswagen Golf GTi TCR is on its way! - Automotive News

The special edition VW Golf TCR is on its way to South Africa.
www.autotrader.co.za

Ask any motoring enthusiast which company makes the strangest cars and you'll undoubtedly hear them mention Citroën. Their history with the weird and wonderful dates back many decades where experimentation was the name of the game. It's not necessarily a bad thing as this "out-of-the-box" thinking has led them to create some truly endearing machines and present technology that is often well ahead of its time.

New Hyundai i20 N hot hatch caught in action ... and it sounds angry!

A camouflaged Hyundai i20 N prototype has been filmed testing in Germany, giving us our first proper listen to the upcoming hot hatch’s exhaust note.

Rather refreshingly (considering petrol particulate filters required under WLTP regulations seem to be stifling soundtracks), the little B-segment blaster sounds fairly angry. Expect power to come from a version of the Korean firm’s turbocharged 1,6-litre petrol unit, with its peak output likely to roughly match that of the 147 kW Volkswagen Polo GTI.


Caught on camera by the sharp-eyed folks over at Automedia (and subsequently published on Motor1.com), the clip goes on to show the i20 N prototype being given a workout at the Nürburgring Nordschleife.

In March 2020, Hyundai seemingly served up the first official glimpse of the upcoming i20 N, with a silhouette of the hot hatch appearing at the end of a promotional video published on YouTube by the brand's Austrian division. That video, however, has since been deleted.
Click to expand... A camouflaged Hyundai i20 N prototype has been filmed testing in Germany, giving us our first proper listen to the upcoming hot hatch’s exhaust note

Audi is expanding its portfolio in the midsize to the luxury class: The Four Rings will also be offering plug-in hybrids in the A7, A8, Q5 and Q7 model lines. They all bear the "TFSI e" logo. The Audi A6 55 TFSI e quattro is now continuing this series. Like all Audi plug-in hybrid models, it also combines two highly efficient drives to achieve a system output of 270 kW (367 PS).

Its four-cylinder gasoline engine, a 2.0 TFSI, delivers 185 kW (252 PS). The electric motor, which is integrated into the seven-speed S tronic, has a peak output of 105 kW. The system torque already reaches its maximum of 500 Nm (368.8 lb-ft) at a speed of 1,250 rpm. The lithium-ion battery, which is positioned in the vehicle rear, stores 14.1 kWh of energy. It is integrated such that the luggage compartment offers level and convenient luggage space.

The A6 TFSI e 55 quattro is a sporty car that is highly efficient at the same time. It accelerates from 0 to 100 km/h (62.1 mph) in 5.6 seconds and has a top speed of 250 km/h (155.3 mph). On purely electric power, it reaches a top speed of 135 km/h (83.9 mph). Its electric range, measured according to the WLTP procedure, is up to 53 kilometers (32.9 mi). Thus the tax rate imposed on it when used as a company car in Germany is cut in half. The powerful plug-in hybrid model is the only premium sedan in the direct competitive environment that has quattro all-wheel drive on board.
Click to expand...

I think we should split this thread into dedicated threads. For example, I'm going to start an "Endurance Racing" thread. Seems this thread will get messy considering the posts here already are of a general nature. 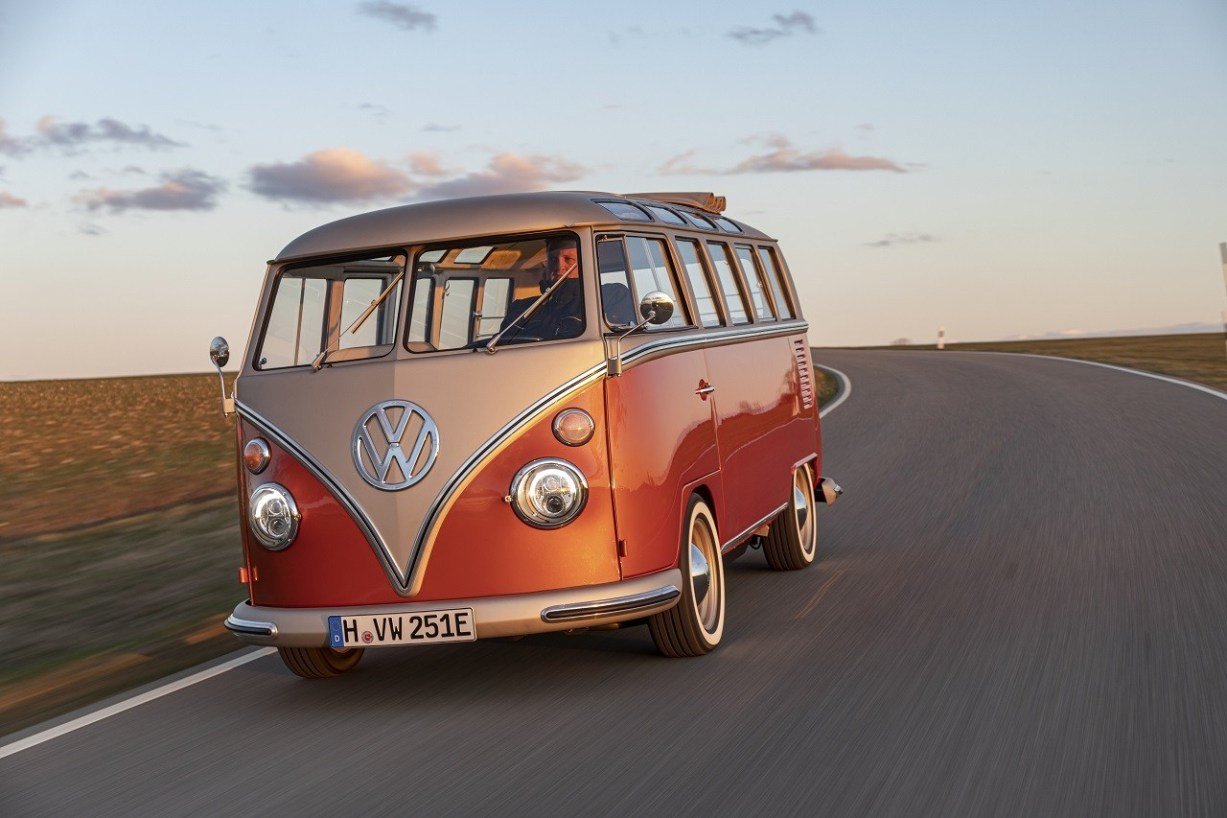 The first Volkswagen Microbus hit the streets in 1950—and the rest is history. Now, the automaker has partnered with eClassics to revamp the beloved classic.

The first Volkswagen Microbus hit the streets in 1950—and the rest is history. Now, the automaker has partnered with eClassics to revamp the beloved classic. 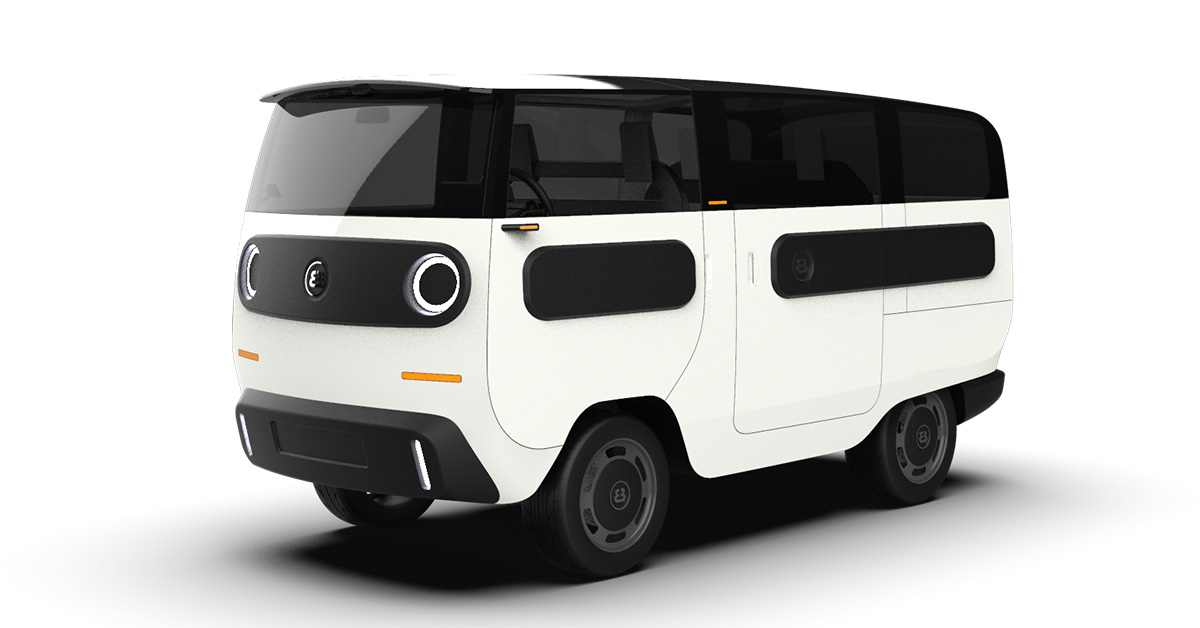 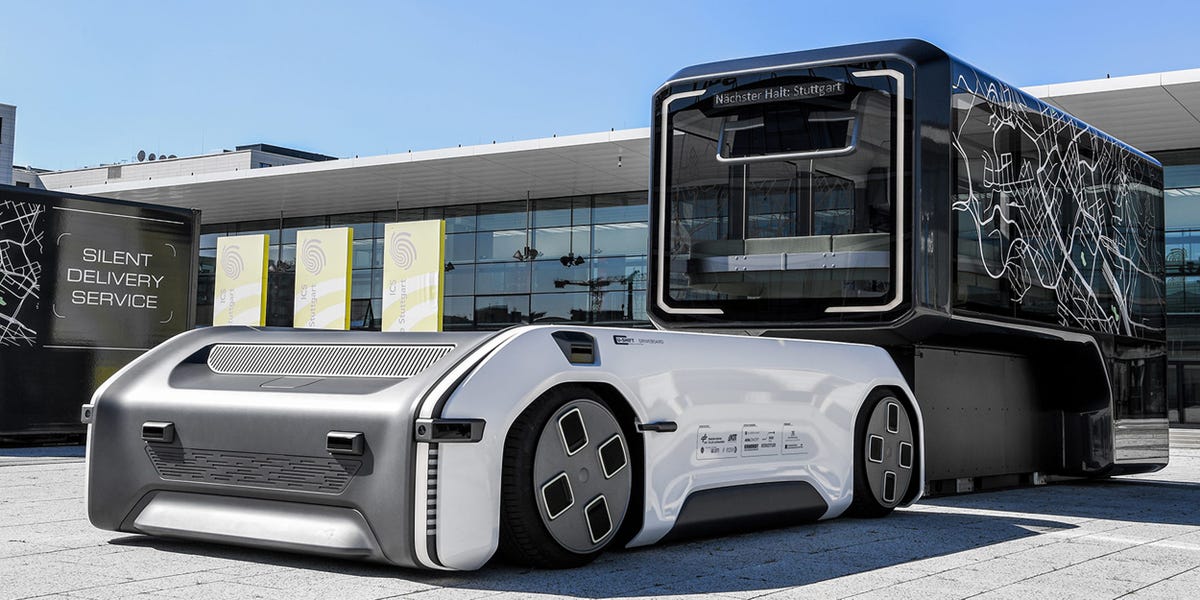 The U-Shift electric vehicle, which will someday be autonomous, can be used for tasks like human transport or cargo delivery. 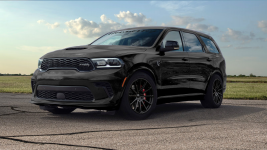 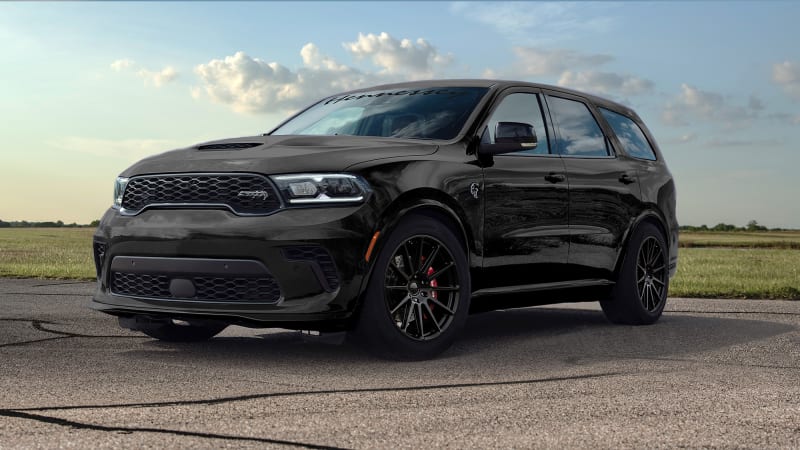 The 2021 Dodge Durango SRT Hellcat isn't even out yet, but Hennessey claims it has a high-po variant in the works.

Bugatti has revealed its new two-seater Bolide, a Chiron-based, track-focused hypercar boasting 1 361 kW and a top speed of “above 500 km/h”.