FAST, the World’s Largest Radio Telescope, Zooms in on a Furious Cosmic Source

Fast radio bursts, or FRBs, are one of the greatest mysteries of our universe. Coming from deep space, these outbursts can flash and fade in a matter of milliseconds, yet in each instance can release as much energy as the sun does in a year. They pop up all across the sky multiple times a day, but most appear to be one-off events and are thus hard to catch. First discovered in 2007, FRBs have challenged and tantalized scientists seeking to uncover their obscure origins and to use them as unique tools for probing the depths of intergalactic space.

Now, using the world’s largest single-dish radio telescope, an international team has reported the largest set of FRB events ever detected in history. According to their paper published in Nature today, between August and October 2019 the Five-hundred-meter Aperture Spherical radio Telescope (FAST) in southwestern China recorded a total of 1,652 such brief and bright outbursts from a single repeating FRB source in a dwarf galaxy three billion light years away. Besides dramatically boosting the total number of known FRB events, the observations also revealed a very wide range of brightnesses among the recorded events, offering new clues about the astrophysical nature of their mysterious source.

“The study is very thorough, with a level of details and sensitivity we’ve never had before,” says astrophysicist Emily Petroff from the University of Amsterdam in the Netherlands and McGill University in Canada, who is not involved in the research. “Such in-depth analyses of individual sources will be a top priority in FRB research in the near future.” 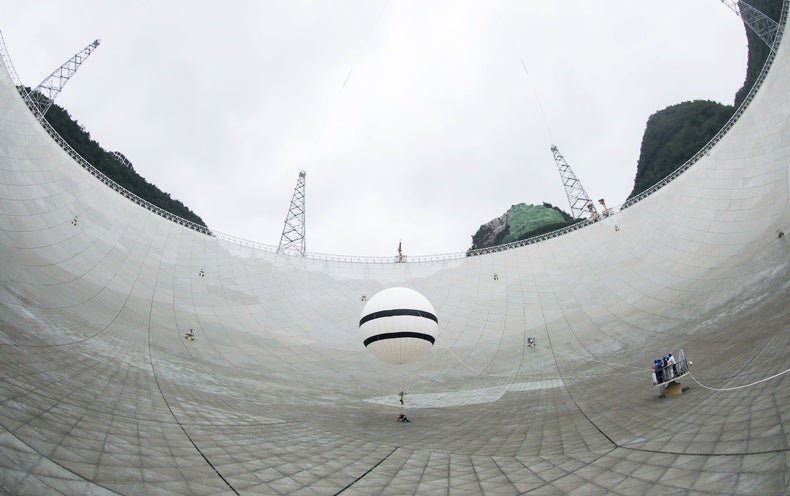 FAST, the World’s Largest Radio Telescope, Zooms in on a Furious Cosmic Source 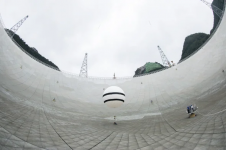